The Microbe Editor is the editor used in the Microbe Stage and early Multicellular Stage (before the transition to 3D) to edit your cell or colony. It is also the first editor in the game and the introduction of the player to editing.

The Microbe Editor represents the evolution of cells and microbes between the generations. The player enters the Microbe Editor by reproducing. The cell will be locked in place facing upwards, and the player will be able to zoom and rotate. An arrow will point towards the front facing side of the cell. In the editor, the player can build the structure of their microbe, change its appearance, edit the AI that controls other members of their species, create agents, and test possible microbe designs.

All edits cost a certain number of Mutation Points. Each editor session is allotted a maximum amount of Mutations Points that can be spent (based on difficulty). This cap represents the realistic degree of evolution between generations. Infinite in Free Edit mode. Loading a creation can only be done if the MP difference is 100 or less. Creations can be used as templates. Adding or removing a part has the same cost. Moving costs but less. Undo is free (limited to that editor session). Redo is opposite of undo.

To enter the editor, the player must double its size and replicate all of its internal parts, called organelles. The player does this by collecting ammonia, phosphate, and glucose, which the cell will then passively use to grow and begin replicating the organelles one by one. Once the process has been completed, the Reproduce button on the HUD highlights and the player can now reproduce to enter the editor.

The player starts as a simple cell playing through the first generation of their species. Since they are so simple it will be very easy to enter the editor. Adding more parts and complexity to your cell over the generations will increase the "cost" of ammonia, phosphate, and glucose that need to be collected before you can reproduce.

Alternate Ways to Enter the Editor

When the player enters the Microbe Editor, they are able to place, alter, or remove mutations from their microbe, improving the cell and giving it new abilities. A mutation is a part or a change to an existing part.

Mutations are added in the Microbe Editor. Mutations can be specific parts that you add to your cell, called Organelles, or they can be changes to existing parts like a change to the fluidity of the membrane.

Mutations are purchased in the editor using Mutation Points (MP). Every editor session grants only 100MP.

Organelles can be gained through mutation, i.e. by purchasing them in the editor, or by endocytosis, which means engulfing cells that will grant one to you. The currency used in the editor to limit mutations is called Mutation Points.

Components of a Microbe:

This list also includes the processes available. The words in bold are processes and are basically the ability of the cell and also the organelle. 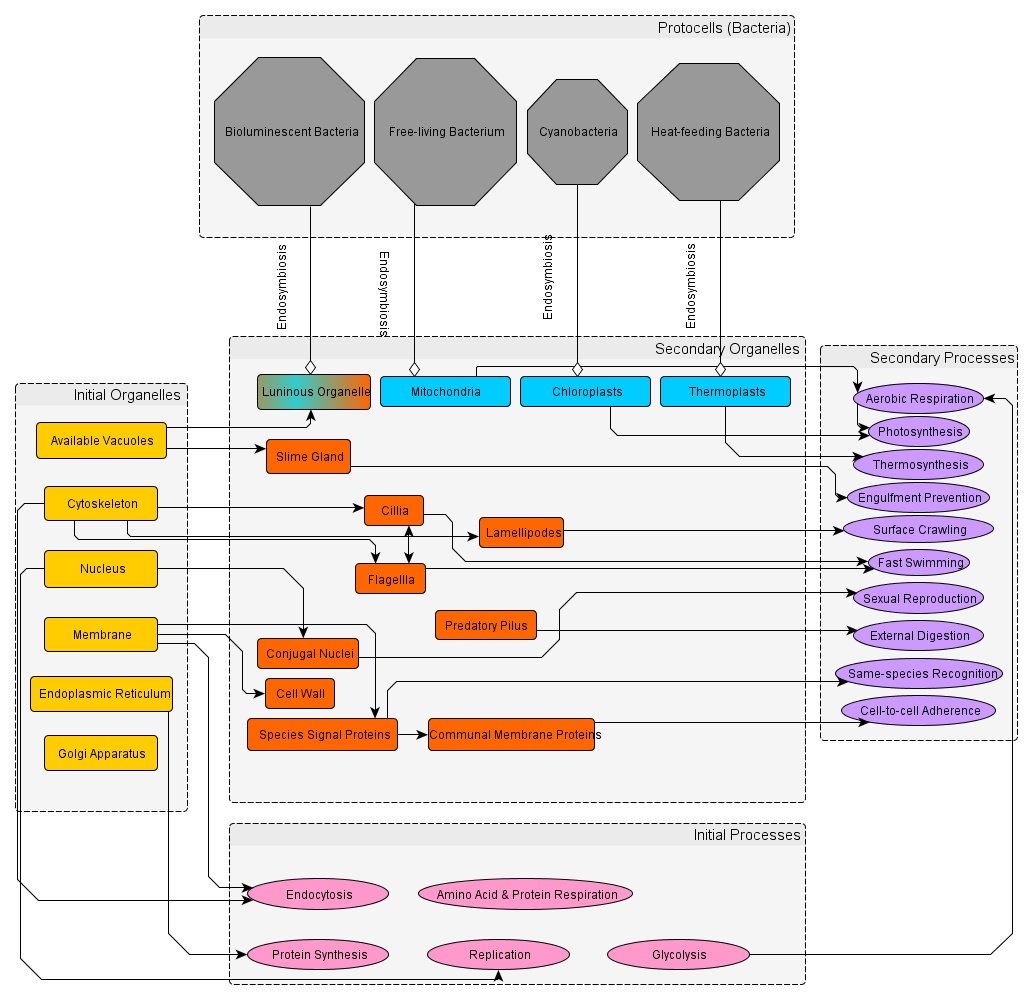 Currently, the only organelles in the game are vacuoles, mitochondria, flagellum, chloroplasts and toxin vacuoles.

When the player adds an agent secretor they get a randomly assigned low efficacy agent.

Environment to test the microbe. Can load any saved microbes into the area (free editor created or fossilized).