What is this page? This page is a global style guide for all stages of the game. All visual efforts should flow from the decisions written here. It is meant as a single-source-of-truth to help the game feel consistent, no matter who is contributing. It covers a wide variety of topics from in-game art to how branding should be handled.

*This page is still heavily under construction.*

Thrive is a game interested in resembling real biology. Realism should be favored unless such a design would be highly unintuitive. There should also be influences from less realistic science fiction aesthetics, especially in the design of the GUI.

A repository of current assets can be found here: https://dev.revolutionarygamesstudio.com/lfs/thrive/assets

As noted above, organisms should attempt biological realism here.

The UI currently has the following color scheme. 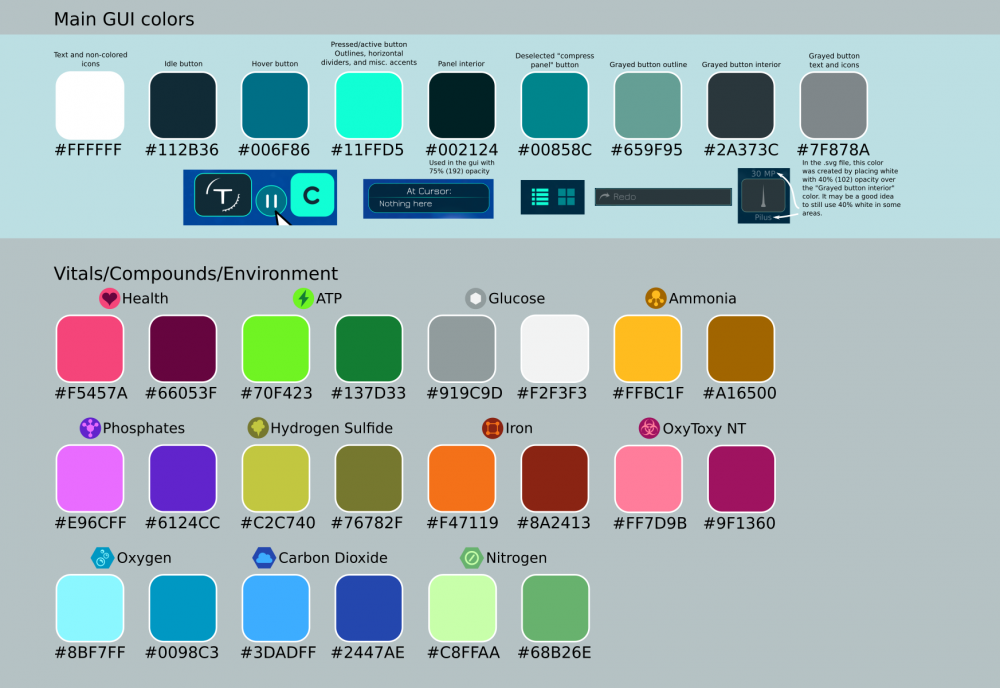 Thrive will aim for a sleek, minimalistic user interface in an attempt to immerse the player.

A few global rules of thumb:

Icons and text should follow the color scheme above with the exception of compound or other icons which are identifiable by virtue of their unique color.

There are two types of 3D models used in the game: static and procedural.

As with all games, keep polygon count in mind while modeling. Our current triangle budget for a static model is 300 triangles. Thrive is created in Godot, which is capable of using full PBR materials. Use of color maps, normal maps, and transparency maps is encouraged. Our current resolution of texture maps is 512x512 pixels.

3D models should be saved in the .glb format before passing them off to programmers. This format is easily exportable from blender.

Static models can exhibit dynamic behavior, but unlike the procedurally generated models, this behavior is pre-planned. Difficulties can arise when changing between different animations.

Some models are animated procedurally only in the sense that code is driving their animation. For example, models may have random rotation speed and position wiggle. Static models may also exhibit gradual changes of color. 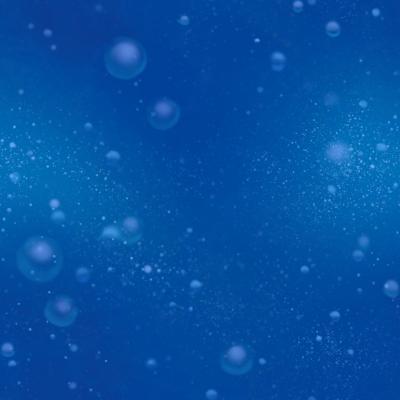 The Jura font is used on heathers and panel names, while Lato is used on the text inside the panels.