Difference between revisions of "Microbe Stage" 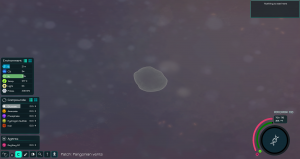 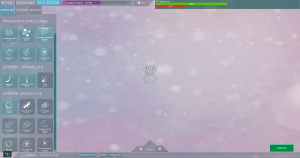 The editor is the strategic side of the microbial stage and is accessed whenever the player reproduces. It is in this editor that the player is allowed to evolve their species by placing parts from a list of available proteins or organelles onto their cell. Each generation, the player is given 100 Mutation points or MP that is used as a currency to buy these parts,. The editor is currently divided into three different windows; The report page, the patch map, and finally the editor itself.

Below is a complete list of each type of patch currently in the game.