The Microbe Stage is the first stage of the game. You start off as a simple cell and must survive to collect enough nutrients to reproduce. Every time you reproduce, you can evolve your cell in the Microbe Editor. The stage ends when two cells of your species bind together. A cutscene will play before entering the stage, the camera will zoom on your planet and submerge into its ocean until it reaches a sea vent where it will zoom once more showing how the first cell form. After that the player will take control of this cell, starting the game.

Being the first stage, there is no transition into the Microbe Stage. To progress into the Multicellular Stage, the player will need to bind with another member of their species to form a multicellular colony. This is possible with the evolution of Adhesion Proteins.

It has been sugested to add living cells on both background and foreground, and even letting the player move to those layers.

Upon death, a microbe will release its stored compounds and some of its organelles intact into the environment. Organelles require engulfment to be absorbed, unless an agent breaks them down first. External organelles and periphery organelles collapse immediately along with the membrane. Neither release any compounds into the environment. The nucleus has a small chance of dropping on death. Consuming a nucleus grants compounds and an additional 25 mutation points in the next editor session (doesn't stack). 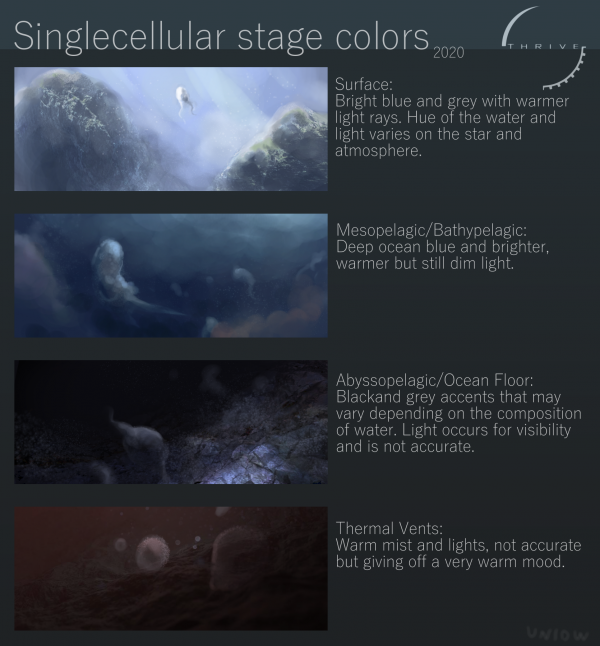 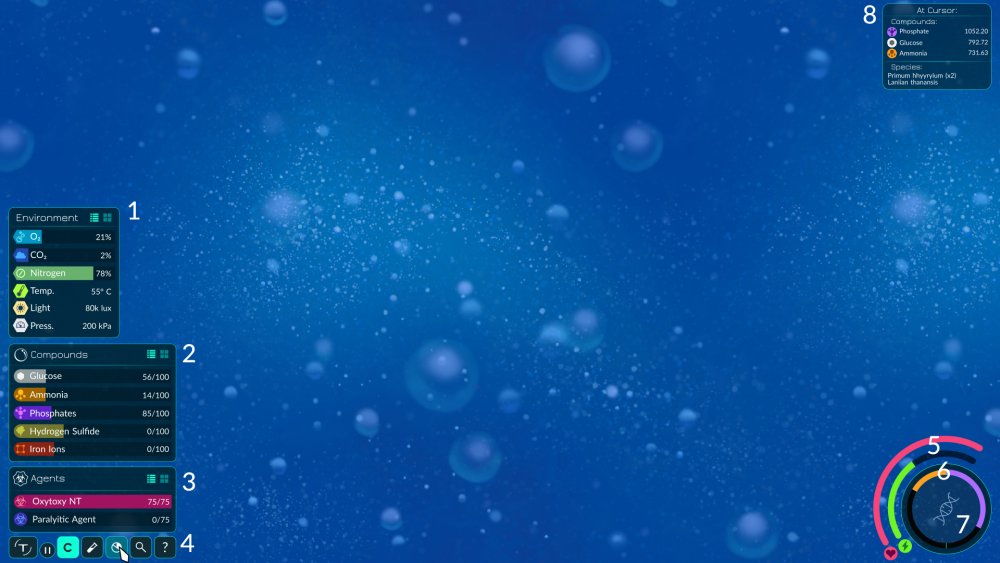 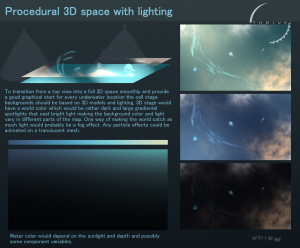